How the New York Yankees Use K-Laser Therapy 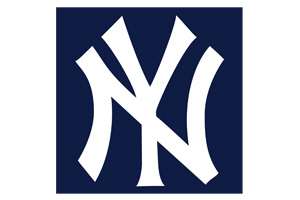 A therapy that has been widely used in Europe since the 1970’s, laser therapy involves the use of red and near-infrared light to help speed healing, increase circulation and reduce pain. Laser therapy has been shown to encourage tissue repair and hasten the healing of wounds, reduce inflammation and reduce the formation of scar tissue.

Professional sports teams are eager to adopt any technology that will give their players an edge and keep them in the game and off the bench. The New York Yankees have found that K-Laser therapy does exactly that. Johnny Damon, who formerly played for the New York Yankees, was successfully treated with the K-Laser for low back pain.

Steve Donohue, assistant athletic trainer for the New York Yankees, and having worked for the team for the past 32 years, can attest to the usefulness of K-Laser therapy in treating both acute and chronic conditions; the bruises and contusions that can come from being hit with a 95-mph fastball, treating tendonitis (which is a common problem for both pitchers and batters), bursitis and general muscle overuse injuries, for example.

Donohue says the K-Laser is the best laser they have used due to its convenience and portability; they use it on airplanes as well as in the training room. “We ice and then laser and they seem to be responding a lot quicker,” says Donohue, “I think we’ve gotten more rapid response and rapid recovery with guys coming back quicker.” He goes on to say, “It’s a hot item in the training room, the guys are lining up for it.”

Laser therapy works by interacting with tissues on a cellular level, speeding up their metabolic activity to improve the amount of nutrients crossing the cell walls. The K-Laser features dual infrared wavelengths of 970 nm and 800 nm that are more efficient than using one wavelength alone.

K-Laser treatment is completely painless. The only sensation you may have is a slight warm or tingling feeling in the area being treated. A typical treatment lasts from 3 to 9 minutes, and side effects of any type are very rare.

K-Laser therapy may be used along with other forms of treatment, and many chiropractors use it along with chiropractic adjustments to help speed healing in their patients. It is suggested that acute injuries be treated with K-Laser therapy daily, particularly in cases involving significant pain. Chronic conditions may be treated two to three times a week and tapering off as the condition improves. Consult with your chiropractor as to the best course of treatment for your particular condition (even if you are not in the major leagues!)