How Does Arthrostim® Adjusting Work? 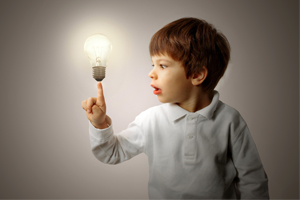 As technology advances, so do chiropractic techniques. Instrument adjusting has become the fastest growing form of chiropractic manipulation due to its ease of use for the chiropractic practitioner and the safety to the patient. It can take quite a bit of effort to perform a proper chiropractic adjustment, and most chiropractors can attest to having suffered any number of shoulder, back and wrist injuries from treating patients over the course of their practice.

An Arthrostim® adjustment involves the use of one of these special instruments. It has an appearance similar to a drill, and is held in a similar manner. What it does is produce a speedy thrust and recoil motion, similar to the way a chiropractor uses their hands to adjust the vertebrae in your back. The benefit of the instrument is that it performs this high-velocity, low-amplitude motion 12 times per second, and is targeted to a very small area. The force of the thrust radiates through the joint and the tissues that surround it, releasing trigger points that are often the cause of muscle spasms.

As opposed to traditional chiropractic adjustment techniques, use of the Arthrostim® does not cause the same popping and cracking noises in the joint that can make some people feel uneasy. It is a gentle, mechanical method of easing the joints back into alignment that is basically an extension of the chiropractor’s hands. Your chiropractor can exert just the right amount of pressure needed by adjusting the force of the thrust up or down from merely a few ounces all the way up to 40 pounds, and it works on a wide range of body areas, not only on the spine.

The Arthrostim’s® movement stimulates the patient’s special sensory nerve receptors, called proprioceptors, which are responsible for detecting the proper motion and alignment of the body’s muscles and joints, signaling that all is well; however, at the same time it avoids stimulating the nociceptors, the sensory nerve receptors responsible for sending pain signals to the central nervous system.

The use of instrument adjusting, such as with the Athrostim®, allows for fewer side-effects and less post-treatment muscle soreness. If this seems like a form of treatment you may be interested in, consult with your chiropractor and ask if it may be possible to incorporate Athrostim® adjusting into your treatment regime.