How Chiropractic Care Keeps a Body in Motion 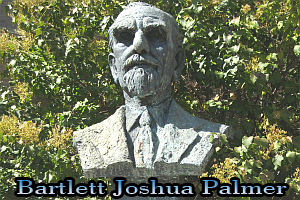 Most of us are probably aware that staying in good physical condition is essential to maintaining an active lifestyle, especially as we get older. And some of us may even be aware of the links between mobility and independence and social and psychological well-being. Unfortunately, as we age, many of us are challenged to remain active because of disease, pain, stiffness or chronic or acute injuries. These problems are affecting larger numbers of people as we are living longer lifespans.

The study, which was published recently in the Journal of Manipulative and Physiological Therapeutics, examined the medical records of over 1,000 senior citizens (minimum age 70) who had a back-related condition such as a musculoskeletal disease, sprain or strain, or dislocation that led to a Medicare claim. The researchers compared the experience of those who received 12 chiropractic care visits over several weeks for their condition with the experience of those who received standard medical care, which was comprised of 1-2 visits with a medical doctor over the same time period. The aim was to determine whether there was a difference in health outcomes, physical limitations and the ability to carry out daily activities between the two groups. The researchers obtained the data from the Medicare Current Beneficiary Survey (MCBS) and looked at specific variables such as patients’ ability to eat, dress and bathe, sit in or get up from a chair, reach, stoop, or walk across a room. They also considered depressive symptoms and overall self-reports of satisfaction with their care based on the treatment and its cost.

Conclusions: Chiropractic Care is Protective for the Senior Population

The researchers concluded that those senior citizens at least 70 years of age who had chiropractic care had less physical deterioration and reported better overall health. Specifically, they had less difficulty with daily activities such as walking and lifting, and fewer doctor visits and hospitalizations. They were also generally more satisfied with their care and its cost, both during and after the treatment. What’s more, the patients who had chiropractic care exercised more and even reported fewer depressive symptoms. The authors concluded that chiropractic care had a protective effect on this group of patients—making it less likely that they would experience declines in overall health and physical activity levels, thus promoting a higher quality of life.

This research demonstrates that chiropractic care can provide benefits for seniors that go far beyond just relieving back pain. It can have a profound impact on all dimensions of life, from the physical to the psychological, just when we need it most.