How Chiropractic Care Has Helped Me: Introducing Michael Jordan 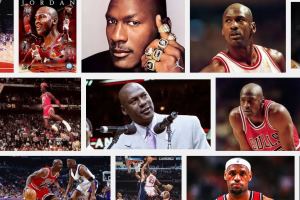 His biography on the National Basketball Association’s (NBA’s) official website reads, “By acclamation, Michael Jordan is the greatest basketball player of all time.” He’s won 2 Olympic gold medals, helped lead his team to NBA championships six times (5 of those times as Most Valuable Player), he’s a ten-time NBA high scorer, has been named to 14 All-Star teams, and is a Basketball Hall of Fame member.

For all of those accomplishments, however, one of the things that stand out about Michael Jordan is that he doesn’t rest on his laurels. He gets better by analyzing his potential faults or weaknesses and eliminating them. So he’s always striving to reach his full potential and improving his performance. And chiropractic care has played a part in this process. Michael Jordan himself puts it this way: “I didn’t know how much I could improve until I started seeing a chiropractor. Since I’ve been in chiropractic, I’ve improved by leaps and bounds both mentally and physically.”

With this statement, Jordan has joined the long list of elite athletes who have recently added their voices to a “Get Adjusted” campaign. This campaign is designed to increase the public’s awareness of chiropractic and its application to sport. Other athletes who have made similar statements include Tiger Woods, Tom Brady, Aaron Rogers, Emmitt Smith, Joe Montana, Evander Holyfield, Jerry Rice, Dan O’Brien, and Wayne Gretzky.

When you stop to think about it, it makes perfect sense that chiropractic care is being used so extensively by athletes. Chiropractic care is a perfect match for the rigors of high-level training and competition, which place extreme demands on athletes’ bodies—particularly on their musculoskeletal systems. Olympians from around the world have had chiropractic care available to them at Olympic Polyclinics for years. And major professional sports franchises from baseball to football and basketball have relied on team chiropractors to keep their star players healthy and performing at their best. Injury is always a possibility, so athletes and their coaches place a premium on prevention as well as smart approaches to recovery and rehabilitation. Chiropractic care, with its drug-free, surgery-free emphasis on helping the body heal itself, fits well into this demanding environment.

For Michael Jordan, the benefits of chiropractic care have been long-lasting and have followed him off the basketball court. He’s been very vocal about how much chiropractic care has improved not only his basketball performance, but also his golf game. His personal experience echoes the results of a study performed at the Titleist Performance Institute in which golfers were measured driving off the tee both before and after chiropractic adjustments. The group receiving chiropractic care improved their drive distance after every treatment.

So whether you’re a professional athlete or just a weekend warrior, give your chiropractor a call and ask about sports medicine techniques that can help you stay healthy, recover from injuries faster and more completely, and improve your performance!