How Chiropractic Care Has Helped Me: Introducing Johnny Damon 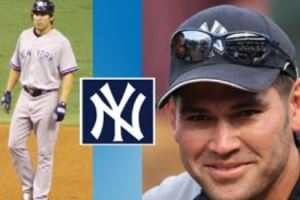 Johnny Damon certainly gets around. He has played with a number of top baseball teams, including the Boston Red Sox and the New York Yankees. This multi-million-dollar player has garnered two World Series championships (2004 with the Red Sox and 2009 with the Yankees) and has been selected for two Major League Baseball (MLB) All-Star teams (2002 and 2005). Among his many on-field accomplishments, he’s known for getting three hits in one inning (June 27, 2003, during a game between the Red Sox and Florida Marlins). Damon has had a long and illustrious career. And he’s been durable.

In his nearly 20 years as a professional athlete, Damon has delivered some impressive stats. Amazingly, he managed to stay off the disabled list for ten-plus years of his career, a feat that only two other major league players have ever achieved. Given the length of MLB’s regular season and the number of years he played the game at an elite level, this is an amazing accomplishment. How did he avoid serious injury all those years? Chiropractic care is part of the answer. Without chiropractic,” said Damon, “I wouldn’t be able to play consistently throughout the season.”

Johnny Damon stands at #51 on the all-time hits list, not far below Hall of Famers Babe Ruth and Mel Ott. He’s currently tied with three others for 236th place on the all-time home run list. While that may not seem impressive on the surface of things, literally thousands of other players have never cracked the top 300 list during the many years that baseball has been played professionally in America. So while he may not be Pete Rose or Barry Bonds, Johnny Damon has produced a very solid and rewarding career.

When he played for the New York Yankees, Johnny Damon noticed that many of his teammates had bad backs, which did not bode well for the upcoming season. So he suggested chiropractic care to the team manager. “Last year,” he said, “we had tons of back problems [on the Yankees]. There is no way we could get back and ready for another season without chiropractic.”

In another interview, he said, “I’ve been under the care of a chiropractor for eight years. I first went [to a chiropractor] because my body was really out of whack from the constant grind of a 162-game schedule.”

But the Yankees were no stranger to chiropractic. During the 1920’s, the Yankees had a team chiropractor, Dr. Erie Painter, who traveled with the team during a time of four World Championships. In the mid-1940s, author Cash Asher wrote a story claiming that Yankee management had wanted it to be kept a secret so that no other team could steal their health advantage.

Johnny Damon sums it up this way, “Maintaining your health just leads to a better way of life for each individual. Chiropractic, specifically, can improve your posture, your circulation and just really benefit your quality of life in the long run.”