How Chiropractic Care Has Helped Me: Introducing Jeff Gordon 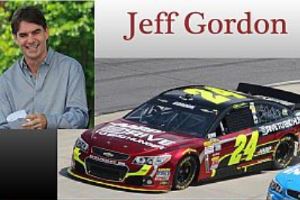 To any NASCAR fan, Jeff Gordon is a household name. His list of accomplishments on the track is impressive by almost any measure:

From 2008 to 2009, Jeff Gordon suffered from chronic back pain. An MRI performed half way through the 2009 season revealed what looked like an arthritic condition. He went through rigorous treatments that included physical therapy, stretching exercises and chiropractic treatments. Gordon noted that “there have been times, especially last year, but even this year, when I’ve been thinking about my back when I should be thinking about the car.”

All race car drivers experience tremendous G-forces on the track. This can wear on the health of the spine and create problems if not regularly treated. The pain experienced by drivers can be quite distracting and could shorten their careers if the distraction becomes too great to allow safe driving. NASCAR has a strictly-enforced drug policy that prohibits the use of pain medications that might otherwise alleviate some of the discomfort.

That’s what makes chiropractic such a perfect fit. Its therapies are non-invasive and drug-free. New York-area chiropractor, Dr. David Levine, DC, has discovered techniques that are particularly effective for the injuries suffered by athletes.

“The technique,” said Dr. Levine, “basically involves examining the patient and searching for muscle spasm, areas of pain and tenderness, restriction of motion, and inflammation. Once the treatment is completed, usually within 30 minutes, the patient will often begin to quickly notice relief.”