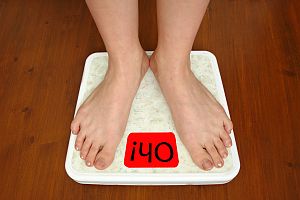 We’ve all seen these sentences on a nutrition label: “Percent Daily Values are based on a 2,000 calorie diet. Your daily values may be higher or lower depending on your calorie needs.” But what exactly do they mean? How did the FDA arrive at 2,000 calories as being the average daily caloric intake need for such a varied population? The short answer is that the FDA never actually did. The 2,000-calorie benchmark has a very specific purpose, and the number is somewhat arbitrary.

When developing mandatory food labeling 20 years ago, the FDA decided there needed to be some standard by which to judge the nutritional content or contribution of the labeled food. According to nutritionist Marion Nestle, there is no real scientific basis for the FDA’s decision to use the 2,000-calorie benchmark.

The FDA based their choice on the results of self-reported USDA consumption surveys in which women reported taking in an average of 1,600 and 2,200 calories per day, men between 2,000 and 3,000 calories daily, and children between 1,800 and 2,500 daily calories. Obviously, these very different ranges would have taken up too much space on a nutrition label, so the FDA proposed taking an average, which came out to 2,350 calories per day, and asked for people to submit comments on this proposal.

Despite the fact that experiments had shown that 2,350 calories per day was not a sufficient number for either the average man or woman to maintain a stable weight, most of the commentators felt that 2,350 calories per day was too high. Nutritionists felt that this number would encourage greater food consumption in a population already struggling with obesity. They proposed a 2000-calorie diet as a good rounded number that was in line with many widely-utilized food plans and that people could calculate easily. It was also approximately the number of daily calories required for post-menopausal women, the group likeliest to gain weight.

The problem with accurately judging daily caloric needs for each individual is that people’s bodies have very different sizes and compositions, and that activity levels are far from uniform from person to person. A basic guide to follow is that a moderately active adult who exercises for 30 to 60 minutes three times a week should take in around 15 calories per pound of body weight if they want to maintain their current weight. For example, if you are a 140-pound woman who is moderately active, you would require 2,100 calories per day (15 x 140). If you want to lose weight, figure fewer calories per pound, and to gain weight, use more calories per pound.

Ultimately, calories are not the final answer in the quest to lose weight. The body metabolizes different foods in different ways, and taking in 200 calories of sugar will affect your weight far more than 200 calories of protein or complex carbohydrates. Also, not many people actually count the calories they take in each day, which is not a bad thing. The point is to eat healthy, unprocessed food in reasonable quantities and get some regular exercise if you want to keep at a healthy weight.