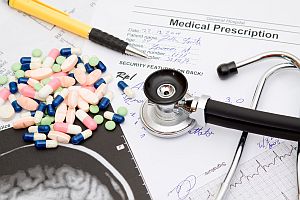 You can’t switch on a television these days without seeing a commercial for some new pharmaceutical that will cure whatever may ail you (or cure you from an illness you never knew you had). If you pay attention to it, you will notice that nearly half the ad time is taken up with a long list of possible side effects and adverse reactions that may accompany taking the drug. The possibilities often include everything from slight fatigue to death.

An estimated 4.5 million Americans visit their doctor or the ER each year due to adverse reactions to prescription drugs. These adverse side effects are also suffered by an additional 2 million people each year who are already in the hospital being supervised by medical professionals. The CDC estimates that 82% of Americans are taking at least one drug, and 29% are taking five or more drugs.

The US Food and Drug Administration (FDA) is in charge of approving pharmaceutical drugs for sale in the US. However, their methods for approval are based on the drug companies providing their own scientific studies on the safety of the drug. The FDA does no independent testing. The FDA will usually approve a drug if its benefits are believed to outweigh its dangers. Even assuming the drug companies’ studies have been well-conducted and show that a drug is relatively safe, no drug is completely free from side effects for everyone, even those drugs that are “natural.” A person’s age, weight, gender, overall health and genetic profile have a lot to do with how an individual will respond to a drug.

The most common side effects are gastrointestinal problems, as most drugs are processed via the digestive tract. These problems include nausea, vomiting, constipation and diarrhea. Other common side effects are drowsiness, fatigue and mild skin reactions. Although dizziness may not seem like a dangerous side effect, it can be particularly risky for seniors. According to the Centers for Disease Control and Prevention (CDC), falls among seniors are the leading cause of injury-related death. A quarter of all seniors who fall and break a hip will die within six months of receiving the injury.

Death is of course the most serious side effect of all. Allergic reactions that cause anaphylaxis can be deadly. Some drugs, such as those that treat type 2 diabetes (Actos and Avandia, for example) can cause a stroke or heart attack. Antidepressants can actually increase suicidal thoughts. Some drugs can cause pain and total or partial paralysis, such as the cholesterol-lowering drug Lipitor. Some drugs increase your risk of cancer. Ironically, the drug Tamoxifen, prescribed to treat breast cancer, actually increases the risk of uterine cancer. Memory loss, hallucinations, loss of taste and loss of sight are other common side effects of pharmaceuticals.

Although there is no doubt that some pharmaceuticals are far more useful than they are dangerous (antibiotics, for example), if you want to avoid the harmful side-effects that many drugs may produce, try to keep as healthy as possible. Eat right, get regular exercise and visit your chiropractor to keep your body in top condition.