Health Benefits of Resveratrol: The “Magic Ingredient” in Red Wine? 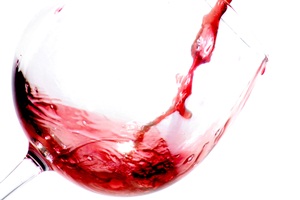 Given the relatively small number of human studies done on resveratrol, the amount of media hype about the health benefits of this substance is staggering.

What is it?  Resveratrol is the polyphenol that has become most commonly associated with the benefits of drinking red wine.  It is found in red and purple grapes (although the actual amount is relatively small), as well as in berries such as cranberries and blueberries, and even in things such as peanuts and the roots of the invasive plant Japanese knotweed.

Resveratrol has become the darling of the “pop a pill to improve your health” advocates and has captured a growing share of the health supplement market.  Its supposed benefits range from preventing cancer and reducing your risk of heart disease and diabetes to slowing the aging process.  However, what most people do not know is that the majority of scientific studies performed on resveratrol has been done in vitro (in a lab dish) or have been performed on animals in a laboratory.  There have been few completed human studies, as most are either in process or are just beginning.

Resveratrol is a compound that plants produce to help them ward off pathogens such as bacteria, fungus and mold.  Although resveratrol was first identified by Japanese plant scientists in the 1930s, the “discovery” of resveratrol can be traced back to a 1992 study by researchers at Cornell University who were trying to solve the mystery of “The French Paradox.”  This was the observation that the French, who often smoked and ate a diet high in saturated fat, still somehow had a lower-than-average rate of heart disease.  Some researchers theorized that it was the resveratrol in the ubiquitous wine at almost every French dinner table that was responsible for the paradox.

However, this theory begins to seem less likely when you consider how much wine someone would actually have to drink in order to consume a meaningful amount of resveratrol.  A person would need to drink the equivalent of 667 bottles of red wine to equal the amount of resveratrol that has been used in human studies.  Health experts have recently posited that the French paradox is more likely due to the fact that the French eat far less trans-fat, sugar and hydrogenated oil than their American counterparts.  Not coincidentally, it’s these substances that are increasingly being targeted as the main promoters of diet-related heart disease.

One of the most recent studies on resveratrol was performed by researchers at the Laboratory of Obesity and Aging Research at the NIH’s National Heart, Lung and Blood Institute.  Published in the February 2012 issue of the journal Cell, the researchers found that resveratrol’s health benefits were likely due to their inhibitory effect on a certain protein (PDE4) related to the energy regulation of cells.  The scientists discovered that when another PDE4 inhibitor was given to the mice in the study, the mice exhibited the same health benefits as when they were given resveratrol.  As resveratrol has been shown to react negatively with some other proteins, scientists are interested in further developing the more stable PDE4 inhibitors.

The bottom line is that the proven benefits of resveratrol are negligible at this stage of research, and its side effects have not yet been adequately evaluated in human studies.  Most studies on wine drinking have confirmed that drinking wine in moderation has a positive effect on health, but that is likely due to factors other than its resveratrol content.