Genetics and Back Pain: Is There a Family Connection? 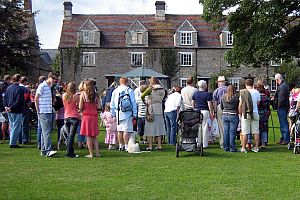 Back pain affects a majority of people at some point in their lives. Why is that? There’s little doubt among researchers and clinicians that much of the back pain we experience is related to our modern lifestyle. However, recent research suggests that low back pain may also have a genetic component. While it’s too early to know for sure, this discovery might one day have implications for how healthcare providers identify at-risk individuals and help them through both prevention and treatment.

Researchers from King’s College in London performed a study that was published in the journal Annals of Rheumatic Diseases that showed a specific gene was associated with a condition referred to as lumbar disc degeneration (LDD). LDD is one of the most common causes of low back pain, and it is usually related to the aging process, particularly among women. More than a third of all women aged 30 to 50 have at least one degenerated disc in their spine. It is estimated that as many as 80% of LDD cases are inherited.

Disc degeneration involves a reduction in the height of the vertebral discs through the loss of disc fluid, which makes then thinner, bringing the vertebrae closer together. Adding to this is the formation of small cracks or tears in the covering of the disc, which allows the jellylike cushioning substance to leak out, further compressing the vertebrae. Occasionally the vertebrae will then form bony spurs (osteophytes) that can put pressure on nerves and cause pain.

In the study, researchers analyzed the MRI spinal scans of 4,600 people who had had their genes mapped. When the researchers compared the scans with the genetic mapping, they found a strong association between a variant of the PARK2 gene and disc degeneration. It appears that the gene has been switched off in those who suffer from LDD. Scientists believe that the gene may become switched off due to environmental factors such as diet and lifestyle, which trigger changes to the genes.

A Senior Lecturer from the King’s College Department of Twin Research and Genetic Epidemiology, Dr. Frances Williams, said “We have performed, using data collected from around the world, the biggest genome-wide association analysis of lumbar disc degeneration (LDD). We know that people whose discs wear out are at increased risk of episodes of lower back pain, but normal human discs are hard to get hold of to study so until now our knowledge of normal human biology was incomplete.”

Although Williams feels that this study provides a good basis for research into the cause of LDD, more research is necessary. She says, “Further work by disc researchers to define the role of this gene will, we hope, shed light on one of most important causes of lower back pain. It is feasible that if we can build on this finding and improve our knowledge of the condition, we may one day be able to develop new, more effective treatments for back pain caused by this common condition.”