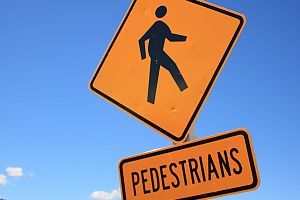 “Gait” isn’t a word that you’re likely to hear very often these days. And if you do hear it (assuming you’re not a healthcare professional of some sort), chances are that you’re watching a horse race or some other kind of equestrian event. But the word can actually be used much more broadly:

“The pattern of movement of the limbs of animals, including humans, during locomotion over a solid substrate.”

“A manner of walking or moving on foot.”

These definitions come courtesy of Wikipedia and Merriam-Webster, and they’re a great starting point for discussing some important ideas. As chiropractic physicians, it’s common for us to talk about posture—the way your body is positioned while sitting or standing. When we do this, we’re typically referring to a stationary body. But when we talk about gait, we’re referring to something that’s historically been far more difficult to analyze—the way your body moves while walking or running. Even more specifically, we’re interested in your biomechanics and the way your form generates and absorbs the forces associated with this activity.

Let’s start with why we’d bother doing this type of analysis at all. The simple reasons are (1) health and (2) performance. Gait analysis is used to help some patients identify potential causes of pain and disability. For other patients, gait analysis is used to assess the progress of an ongoing physical rehabilitation program. And for still others (primarily athletes), it’s used to make technical adjustments that will improve efficiency and reduce the possibility of future injuries. So the motivations behind gait analysis are pretty straight-forward. However, the techniques for actually performing one are anything but.

The idea of truly understanding how an animal walks or runs has captured the imagination of philosophers and scientists for literally thousands of years. Aristotle himself wrote the treatise “De Motu Animalium” (“On the Motion of Animals”). However, the video tools for capturing movement so that it can be replayed, slowed down and reexamined in detail have been developed only relatively recently. The same thing is true for the advanced sensors that allow us to record and measure all kinds of data, from stride length and foot-strike pressure to heart rate and blood oxygen levels. And only in the past few years has computer hardware and software become powerful enough—and inexpensive enough—for gait analysis to be accessible outside the world of elite sports.

At the same time, gait analysis is also gaining broader acceptance as a mainstream diagnostic approach. Dr. William Roberts, who teaches at the University of Minnesota Medical School and has been the medical director for the Twin Cities Marathon, was recently quoted in a Wall Street Journal article. He believes that “gait analysis has become a more accepted part of sports medicine as traditionally trained orthopedists and surgeons have started to embrace the holistic approach of chiropractors, osteopaths and physical therapists.”

Plus, as more people turn to long-distance running to stay fit, they have a built-in incentive to avoid injuries caused by bad form. Dr. James Fries, an emeritus professor of immunology and rheumatology at Stanford University, has been quoted as calling running “the greatest intervention to postpone aging that’s ever been reported.” One widely-cited study he co-authored found that running or another form of vigorous exercise postponed disability by 16 years and death by seven to nine years.

Nevertheless, many people do succumb to running-related injuries. Matthew Futterman of the Wall Street Journal offers this perspective: “It isn’t running itself that’s doing the damage, a growing number of physicians, physical therapists and exercise scientists say. It’s the way people run… Increasingly the runner’s road to healthy joints starts with gait analysis. Medical boots, cortisone shots or even surgeries never solved runners’ problems the way 20 minutes of being filmed on a treadmill can, experts say.”

So what does contemporary gait analysis actually involve? The setup itself involves positioning video cameras around a walking/running track or treadmill and connecting them to a computer running specialized software. But before patients do any actual walking or running, a chiropractic physician or other qualified healthcare professional will usually assess their strength and flexibility through a physical exam and a series of exercises. Following the initial exam and exercises, patients have markers placed on critical joints and other parts of the body, and then walk or run while their gait is recorded and analyzed using the software. The program breaks down the walking or running movements into 1/60th-of-a-second increments, which helps the analysts to determine whether patients’ movements are biomechanically correct. If not, they’ll look for specific ways to modify patients’ form. These modifications can reduce or eliminate pain and disability, improve performance and lower the risk of future injuries, including shin splints, plantar fasciitis, and Achilles tendonitis. .

For chiropractors in particular, gait analysis has other important diagnostic uses as well. Professional analysis of patients’ gait can help a DC recognize structural problems with a patient’s spine, pelvis, hips, knees and ankles. By detecting misalignments and imbalances along this so-called biomechanical chain, the doctor may be able to identify specific at-risk muscles and joints that are under unusual stress from compensating. Less frequently, gait analysis can also reveal more serious medical problems such as multiple sclerosis (MS), cerebral palsy, stroke and Parkinson’s disease.