For Many Kids, Back to School Means Back to the Doctor. Here’s How Parents Can Help 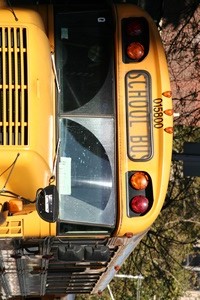 With Halloween two weeks behind us and Thanksgiving less than two weeks away, most school-age children are back in the classroom and (hopefully) have adapted to the fall routine. For some kids, though, the fall routine includes lots of sick days and doctor visits.

According to the U.S. Centers for Disease Control and Prevention (CDC), there’s a good reason for this. “Schools inherently foster the transmission of infections from person to person because they are a group setting in which people are in close contact and share supplies and equipment.”

The CDC also provides some statistics that puts this issue in perspective: “Infectious diseases account for millions of school days lost each year for kindergarten through 12th-grade public school students in the United States:

Naturally, schoolchildren aren’t the only ones who are affected when even common illnesses are passed from child-to-child in the classroom environment. Those same illnesses (or the microorganisms that cause them) ride home with kids on the bus or in the neighborhood carpool. And when they do, the whole family is at risk. Plus, parents are left to cope with the inconveniences and costs that come with sick days and doctor visits.

Communicable diseases that spike at the beginning of the school year are numerous and include the common cold (aka rhinovirus), the flu, strep throat, Fifth disease (a viral infection caused by the parvovirus), pinkeye, whooping cough (aka pertussis), mono, chicken pox, meningitis, lice, scabies, pinworm, ringworm, jock itch, and athlete’s foot.

Some areas of the country are also concerned with two other viral infections that thrive in crowded areas such as schools. According to Indiana news station WTHR.com, “The first is a viral infection called ‘hand, foot and mouth disease.’ ”

Noted pediatrician Dr. Michael McKenna from the Riley Hospital for Children at IU Health says in regard to hand, foot, and mouth disease, “The rash looks ugly, kids feel uncomfortable, and they can have fevers. The one concern is if they have so many ulcers in their mouth that they refuse to eat or drink, that they can become dehydrated. This year, it’s much more prominent and the rash is much more severe.”

The article continues: “Doctors are also seeing many more cases of shigellosis, a bacterial infection spread when people do not wash their hands after using the bathroom. It can cause diarrhea, nausea and vomiting.”

Children aren’t the only ones at risk for transmittable infections and diseases in and around the classroom—teachers and administrators are also susceptible to many viruses and bacterial infections, which range from simply annoying to very serious. In fact, many teachers quickly get sick upon the arrival of a new school year. For these people, it is important to practice prevention. Minimize contact with students, urge them to cough and sneeze into their elbow, and send them to the nurse if they look as if they may be coming down with something.

As a matter of public health, many states require that children receive all of their vaccinations on time before they’re permitted to come to school. But what else can parents do to try to keep their kids healthy and at school during the fall and winter months? Here are a few thoughts we’d like to share: