Exercise in the Workplace: What Japanese Companies Can Teach Us 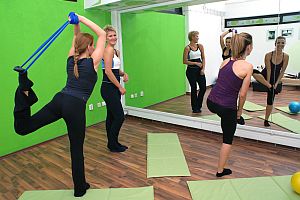 It is difficult to imagine—given the media-saturated world we live in—that there are many people out there who have not picked up on the idea that exercise is good for you. We all know that we should exercise more regularly, and most of us are aware of the benefits this would have for our health and happiness. But how do we “fit” exercise into our busy schedules – between the morning commute, our work at the office, the evening commute, shopping, and then responsibilities at home?

The answer is remarkably simple.  And—interestingly—the Japanese figured it out before we did!  They started to exercise at work.

Workplace exercise in Japan grew out of their philosophy of kaizen, or “continual improvement.” That was one of the approaches that helped to lift their economy out of the ruins of World War II and allowed them to rise to world prominence in the fields of manufacturing and business. The idea was to examine every facet of work, analyze it, and see how it could be improved. Through this process, Japanese managers recognized that one of the key drivers of a company’s success is the workers themselves – their physical and mental health (and thus their ability to be productive.

Many Japanese corporations, realizing that more exercise could possibly make their employees healthier and more productive, began to schedule exercise programs during work hours. One of the first experimenters with this approach was Honda. When they hired new employees for the assembly line, instead of putting them to work immediately, they enrolled them in two weeks of exercise classes designed to simulate the movements they would need to perform on the job. Their on-the-job accident rates dropped significantly, the workers’ productivity rose, and the employees logged far fewer sick days.

Other Japanese companies soon followed suit, scheduling on-the-job exercise sessions for all workers, not just those in manual labor positions. Again, productivity rose, the number of accidents and sick days fell, and over time, the cost of health care dropped. Now, a few years later, exercise programs at work are so common in Japan that there is a radio station – Radio Taiso – that plays nothing but music to exercise to, along with instructions for simple, low-impact aerobic exercises to be performed in groups. Companies who allow their workers to take periodic exercise breaks have noticed that in addition to the health benefits mentioned before, employee morale and their sense of camaraderie has increased, and that their employees feel as if they are more a part of a community than a corporation.

Some American companies are following in the footsteps of Japanese companies, and are beginning to schedule on-the-job exercise programs for their employees as well. Google – often cited as “the best company in America to work for” – not only allows its employees to get up from their desks and exercise, they mandate it. Having learned that sitting for too long is the cause of many of America’s most widespread health issues (such as heart disease, Type 2 diabetes, etc.), Google actually requires its employees to get up periodically and stretch, walk around, or take part in one of the many exercise programs it offers. And again, the wisdom of this approach shows up in the “bottom line,” in the form of higher productivity, lower absenteeism, and lower overall health costs. Hopefully more companies will follow their lead, and everyone will benefit.