Drug-Resistant Illnesses—What You Should Know 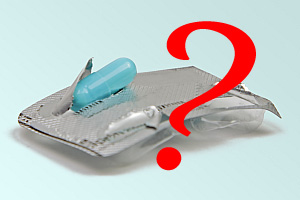 With the huge rise in the use of antibiotics over the past 70 years, some pathogens are now becoming resistant to the drugs that once easily eradicated the illnesses these pathogens cause. People who become infected with one of these drug-resistant organisms are at increased risk for longer, more costly hospital stays and are more likely to die from their infection.

Cattle, pigs and chickens are routinely given antibiotics to prevent illness and increase weight gain. However, 55 outbreaks of foodborne illness over the past 40 years have been caused by antibiotic-resistant pathogens. New York Congresswoman Louise M. Slaughter, a microbiologist, said “We have evidence that the practice of overusing antibiotics in food-animals is ruining these drugs’ effectiveness, and every day that the government stands idly by, we move closer to the nightmare scenario where routine infections can no longer be cured with antibiotic treatment.” Slaughter has proposed Preservation of Antibiotics for Medical Treatment Act (PAMTA), which would ban the use of 8 major classes of antibiotics from use on healthy animals, with exceptions only for animals who are actually ill.

Doctors are often pressured to prescribe antibiotics for illnesses that antibiotics are ineffective at treating, such as viruses. Parents of sick children have been shown to be particularly bad about exerting pressure on their doctor to give their children an antibiotic, no matter what the illness actually is. In the case of viruses (such as the one that causes the common cold, most coughs and the flu), antibiotics are useless. Antibiotics work against bacteria such as streptococcal bacteria (strep throat) and staphylococcal bacteria (skin infections). The bacterial infections most in danger of becoming resistant to all antibiotics include anthrax, gonorrhea, group B Streptococcus, Klebsiella, Methicillin-resistant Staphylococcus aureus (MRSA), Streptococcus pneumoniae, tuberculosis, typhoid fever, vancomycin-resistant enterococci (VRE) and the antimicrobial-resistant staph bacteria VISA and VRSA.

The best way to help reduce the spread of drug-resistant illnesses is to refrain from pressuring your doctor to prescribe antibiotics when it is not appropriate, and when antibiotics are called for, to take them according to directions. Be sure to complete the full course of the antibiotic regimen prescribed, even if you are feeling well again. If you don’t, some bacteria may linger and develop a resistance to the drug you are taking, potentially making that antibiotic ineffective for you in the future. Do not skip any doses, share your antibiotics with anyone else, or use antibiotics that have been prescribed for someone else.

In general, the symptoms of a virus disappear in about a week or so. In contrast, bacterial infections tend to linger. So if you have been feeling ill for more than two weeks, consult with your physician to see if antibiotics may be appropriate for treating of your illness. If not, he or she can prescribe other effective ways to treat your condition.