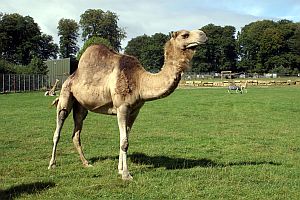 Although the name “Dowager’s Hump” implies that this condition is one that affects elderly women (which it primarily does), it can also affect anyone who spends a lot of time hunched over or who has a severe case of osteoporosis, including men. The medical term for Dowager’s Hump is hyperkyphosis, which is an increase in the forward curvature of the lower cervical and upper thoracic spine. It is a condition that can either be relatively painless or can cause considerable pain and discomfort.

Dowager’s hump is common in people with osteoporosis and is usually due to what is called a wedge fracture. This is when the front part of the vertebra (the side facing your chest) collapses. This causes the vertebra to tilt forward, which forces the back to curve and the head to jut forward. In some cases the curvature is so severe that it forces the head to look downward. It can become a sort of domino effect, with the collapsed vertebra tilting and putting pressure on the one below, until it too subsequently fractures and tilts, etc. In advanced osteoporosis, the bones of the vertebrae can become so porous that they may fracture as a result of lifting something or doing something as simple as coughing or sneezing.

A wedge fracture does not necessarily cause pain, and the first signs of it may be a loss in height or an obvious rounding of the upper back. Other people are more likely to see it before the person suffering from the disorder, as we do not generally see ourselves from the side. Someone with hyperkyphosis may also experience neck pain, breathing difficulties, rib pain and loss of appetite. Symptoms may be worse when coughing or sneezing and may be relieved when lying down.

Those with mild cases of hyperkyphosis may find some relief through yoga. A study published in the Journal of the American Geriatrics Society found that elderly women with Dowager’s Hump who took yoga classes three times a week for six months had a slight reduction in the curvature of their spine. In situations where Dowager’s Hump is more severe and is causing pain, there are also more invasive treatments available. The surgical treatments vertebroplasty and kyphoplasty involve the injection of cement into the vertebrae to restore their height, reducing pain and spinal curvature.

The best treatment, however, is prevention, which involves strengthening the bones as much as possible and preventing bone loss by eating a healthy diet and getting regular weight-bearing exercise. Maintaining correct posture is also important, as habitual slumping (such as when you use a laptop or when sitting at a desk) eventually causes muscle imbalances, and the muscles and ligaments supporting the spinal column weaken, putting additional pressure on the vertebrae, allowing them to slip out of place. Regular chiropractic adjustments can help keep the vertebrae aligned, along with exercise to strengthen the supporting muscles.