Does Having Young Children Really Build Your Immune System? 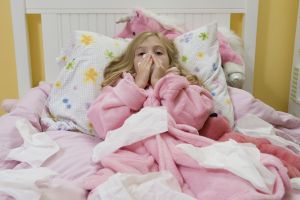 Maybe it’s just wishful thinking, but many moms and dads believe that having a young child or two around the house boosts their immune system.  It’s easy to see why this idea has some popular appeal.  After all, young children typically have lots of contact with other young children, often in environments where lots of germs can be spread. They then bring these same germs home, where parents’ immune systems need to fight them off over a sustained period of time. The thinking goes that this, in turn, helps make parents more resistant to them.

But what does the science actually say about this? Although there is at least one strong study and a lot of related or anecdotal evidence that suggests that the idea may be sound, more research needs to be done to see if this theory is valid.

The “strong study” is from Norway, and was published in the journal Science & Medicine. It’s important to note that the study did not specifically evaluate the immune response of parents and non-parents. Rather, this particular research was aimed at understanding the relationship between parenthood and overall health. The investigators looked into detailed medical records of more than 1.5 million men and women born between 1935 and 1968, and found that there was a strong negative correlation between being a parent and the risk of developing cancer, heart disease, becoming an alcoholic, and even dying in a car crash. The study found that the people most at risk of dying from any of these causes were those who were childless. The researchers theorized that this may be because the individuals felt less of a need to take care of their health.

Fascinatingly, the study also found that the positive health benefits or parenthood seemed to depend on the number of children. Having only one child or having more than three children actually slightly increased the risk of dying from any of these factors, whereas having two children was “just right.” As researcher Emily Grundy of the London School of Hygiene & Tropical Medicine, says: “Four-plus children might have adverse effects arising from stress, socio-economic disadvantages and lifestyles, off-setting, or even outweighing, social benefits of parenthood.”

In terms of other evidence, the strongest suggestions that having children might strengthen their parent’s immune system come from related studies that have consistently shown that having pets in the home strengthens and builds the children’s immune systems and helps to keep them healthy. For example, a 2012 study from the journal Pediatrics showed that children who lived with dogs and cats during the first year of life tended to be significantly healthier than those who did not. The researchers theorized that the pets exposed children to a wide variety of “good germs,” some of which are beneficial for developing immunity to the “bad germs.” We may be able to infer that parents might also benefit from being exposed to a variety of germs, both from the pets and from their own children, as children pick them up at school and bring them home.

There is certainly anecdotal evidence of the latter to be found in the “common wisdom” imparted to people becoming new kindergarten and elementary school teachers. When one woman started teaching in California, her school board warned her that she should probably plan her finances for the first year of teaching based on being out sick more than her allotted number of “sick days,” and thus not being paid for them. The woman, who had always been remarkably healthy, laughed at this advice, but then spent 25% of her first year at home sick, because of all the germs she picked up from kids in the classroom.

However, this same schoolteacher rarely ever got sick again. Her exposure to a wide variety of germs transmitted by the kids did seem to boost her immune system over time, and enhanced her ability to be exposed to them in the future without getting sick herself. We can possibly infer that the same thing happens with small children in the home—they pick up germs at school and bring them home where the parents are exposed to them. This exposure then builds immunity over time rather than diminishing it. Dr. Jordan S. Orange, chief of immunology, allergy and rheumatology at Texas Children’s Hospital explains the simple mechanics of this “early exposure” process this way: “When you get it [immunity], you have it. So, if you get it earlier, you’re going to be immune earlier.”

Related studies have indicated that many people feel happier when they have kids. If this is actually true, then their positive mental state can also certainly contribute to staying healthy. Besides, as all parents know, there are so many other joys associated with having kids that even if there aren’t a huge number of studies proving that they keep parents healthier, they’ll feel healthier.