Does Eating Slower Really Help Us Control Our Weight? 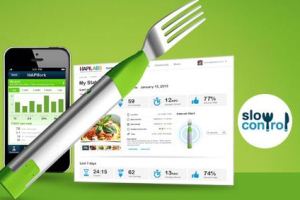 There are decided benefits to eating a meal slowly, as any resident of the countries around the Mediterranean can tell you. The slow, leisurely 2-hour lunch is still sacrosanct there, and their comparatively smaller waistlines may be proof that there’s something to the theory that eating more slowly can help control our weight. However, there are also other factors involved in eating a meal, such as the kind of food you eat and how much you drink while eating. These variables make it difficult to accurately say if the speed of eating has any effect on our weight.

The results of scientific studies designed to measure the effect of eating speed (or eating pace) has on weight loss vary widely. Some find that eating slowly makes a difference in the amount of calories taken in, and others find that it seems to make no appreciable difference at all. For example, there were at least three recent studies that found that eating slower resulted in a lower intake of calories, but all studies were slightly flawed.

For example, one study had a sample size of only 6 participants, which does not make for a convincing conclusion. Another showed a significant increase in the amount of water consumed during the slow meal, so it is unknown whether the pace of the meal made the difference, or if it was the increase in water consumption that made the participants eat less. A third study had a large sample size of over 3,000 participants. However, the pace of eating was self-reported, so the participants may have had the impression that they ate slowly, when in fact they were eating quickly in comparison with other slow-eating participants.

A better-constructed Dutch study performed by researchers at Maastricht University in the Netherlands found that eating more slowly did not make much of a difference in calorie intake. The study participants were given the exact same amount of the exact same foods and either had two hours to eat (with breaks between courses) or 30 minutes in which to eat the meal.

Researchers measured the participants’ appetite hormones at the end of the meal and found lower levels of the hunger hormones, in addition to greater reported feelings of satiation in those who had eaten the drawn-out meal. However, when offered snacks after each meal, there was no difference in the caloric intake of snacks between the slow eaters and the fast eaters. This suggests that snacking has little to do with feelings of hunger and satisfaction, but is rather a result of social cues. Another factor in this study is that the meal was heavily weighted toward high-glycemic carbohydrates (54% carbohydrate, 14% protein and 32% fat), which quickly raises blood sugar for immediate energy, but leaves you feeling hungry again in a short amount of time.

However, it is clear that there are at least two ways in which eating slowly has clear advantages over quick eating.  The first has to do with increased feelings of fullness and satisfaction. It takes approximately 20 minutes for your brain chemistry to register that you have food in your stomach, and you may find that after you have been eating for at least 20 minutes you may feel sufficiently full. So consider waiting for 20 minutes after beginning a meal before taking a second helping. The second advantage of eating slowly is a simple one—it allows you to truly taste and savor your food, which increases feelings of satisfaction and makes you less inclined to need treats after the meal.