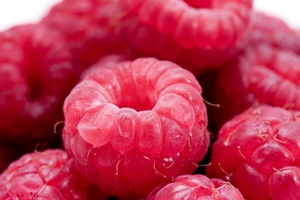 After receiving a big media boost from Dr. Oz (the popular television and radio health expert), raspberry ketones have become the new rage among some people looking to lose weight.  But what exactly are they, and is there really any evidence that they could help you slim down?

Raspberry ketones are a natural phenol produced by raspberries that gives them their particular scent.  A study conducted by Japanese scientists in 2005 found that rats that were given raspberry ketones showed an increased ability to burn fat.  However, subsequent research has not confirmed that they are effective in burning fat in humans, and Dr. Oz’s claim to the contrary may be far-fetched.

However, some experts stress that this study consisted of only 6 male mice in each of the four groups (why no female mice were included is a mystery).  So given this small number of test subjects, there just isn’t really a lot of evidence here to support the idea that the substance is an effective weight-loss supplement.

As yet, there have also been no significant studies carried out on humans that confirm the theory that raspberry ketones cause weight loss.  Catherine Ulbricht, one of the members of a group of scientists who evaluate natural therapies, the Natural Standard Research Collaboration, says “It has not been well studied or well proven in the data we’ve uncovered to this point.”

Laboratory studies have found that isolated fat cells from mice show increased adiponectin production when in the presence of raspberry ketones and norepinephrine, a hormone that breaks down fat.  Adiponectin has been associated with increased fat-burning ability and is able to redistribute fat from unhealthy places on the body such as around the liver and abdomen (the infamous “spare tire”) to healthier areas such as the hips and thighs.  The greater the amount of adiponectin in the body, the less body fat there seems to be.  Naturally slim people have been shown to have high levels of adiponectin.  It is a compound similar to synephrine and capsaicin, whose actions promote the breakdown of fat.  With the addition of the raspberry ketones, more fat was broken down than in the presence of norepinephrine alone.  This again has only been shown in laboratory studies and has not been demonstrated in humans.

Exercise, however, is far more effective than raspberry ketones in raising levels of adiponectin.  And it’s proven.  Only two or three sessions of moderately intense exercise are enough to raise adiponectin by 260%.  Far better to save the money you would spend on raspberry ketone supplements (up to $68 a month)and get more exercise.  Not only can this exercise help you reduce your weight, it may also reduce your risk of other chronic illnesses such as cardiovascular disease and type 2 diabetes.