Do Pictures of Food Make You Eat More? 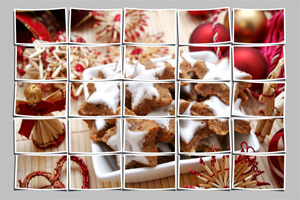 You may want to put down that can of soda during commercial breaks. The results of a recent study conducted by researchers at the at the University of California’s Keck School of Medicine show that looking at images of high-calorie foods stimulates high-calorie cravings, particularly if it is done while sipping a sugary beverage.

At the Endocrine Society’s annual meeting on June 26, researchers presented the results of their findings. The study included 13 obese Hispanic women, ranging in age from 15 to 25. Hispanic women were chosen in particular due to the greater risk of obesity and type 2 diabetes that exist in the Hispanic community.

The women were shown pictures of high-calorie foods such as cupcakes, hamburgers and cookies, then were shown pictures of low-calorie foods like fruit and vegetables. During the viewing of each set of photos their brains were scanned using functional Magnetic Resonance Imaging (fMRI). They were given a 50-gram glucose drink (the equivalent to a can of soda) halfway through each of the scans. During a second set of scans done at another time, they were given 50 grams of fructose to drink. After viewing the images they were asked to rate their hunger and craving for sweet or savory foods on a scale from one to ten.

Not surprisingly, the subjects reported greater cravings for high-calorie foods when looking at the high-calorie images, but the researchers were intrigued to find that the appetite and reward centers in the brain were more greatly activated when the images were accompanied by drinking a sweetened beverage. And the fructose drink activated these centers more than the glucose drink.

According to Kathleen Page, the head researcher and an assistant professor of clinical medicine at the Keck School of Medicine at USC, “Our bodies are made to eat food and store energy, and in prehistoric days, it behooved us to eat a lot of high-calorie foods because we didn’t know when the next meal was coming. But now we have much more access to food, and this research indicates added sweeteners might be affecting our desire for it.”

This research may go some way toward explaining why so much junk food is addictive. The food companies understand that adding high fructose corn syrup to their products will keep the consumer coming back for more, which is good for their bottom line, but not so great for our health and the growing obesity epidemic in the US.

So you may want to think twice about eating in front of the TV. There is a good chance you will end up consuming considerably more calories than you bargained for.