Do Glucosamine Supplements Really Help Reduce Joint Pain? What Does the Science Say? 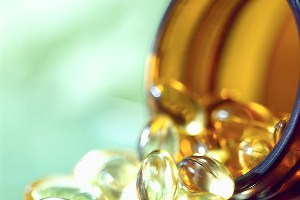 Glucosamine is currently one of the most commonly used dietary supplements in the US. With major increases in the rate of obesity and the osteoarthritis that often stems from it, many people are eager to find a solution to their joint pain (particularly in the knees and hips) that does not also cause significant side effects. However, there is still a significant amount of controversy surrounding its efficacy.

An essential element that helps keep joint cartilage healthy, glucosamine levels naturally drop as we age, which can lead to deterioration of the joints. Cartilage is made up of water, collagen and proteoglycans. Proteoglycans hold many times their weight in water and are arranged like a net that is the supporting structure for collagen and that keeps it lubricated. If the proteoglycans weaken, they can break and form “holes” in the net, allowing the collagen to leak out, weaken the structure of the cartilage and reduce the amount of synovial fluid in the joint.

Glucosamine is a major building block of proteoglycan synthesis and stimulates cells to produce more of them. This means that a drop in glucosamine leads to an eventual deterioration of the cartilage. However, the question now is whether glucosamine supplementation makes any difference in the amount of glucosamine in the joints, and if so, whether there is any beneficial effect. Based on recent meta-studies, some researchers believe the jury is still out.

The results of a meta-analysis published in the journal BMJ in 2010, which examined 10 trials consisting of a total of almost 4,000 people, found that glucosamine, chondroitin and the combination of the two did not alleviate joint pain or have any impact on the reduction of joint space, compared with placebo. However, it is important to note that glucosamine comes in different forms (the two primary ones being glucosamine sulfate and glucosamine hydrochloride), and the meta-analysis included trials using both forms. As a result, the analysis did not necessarily compare like with like.

Unsurprisingly, the researchers found that industry-funded studies were more likely to report that glucosamine reduced joint pain than independently funded studies. However, a 2005 Cochrane meta-analysis of randomized controlled trials evaluating the effect of glucosamine included 25 studies with nearly 5000 participants. When investigators discarded the low-quality and older studies, they concluded that glucosamine did not have any effect on joint pain that was superior to placebo except for one type, crystalline glucosamine sulfate, manufactured by Rottapharm, which did prove superior to placebo.

BMJ researchers said that many patients believed that glucosamine was beneficial for their joint pain, whether or not it was due to the placebo effect. They also noted, “We are confident that neither of the preparations is dangerous. Therefore, we see no harm in having patients continue these preparations as long as they perceive a benefit and cover the costs of treatment themselves.”

Further high-quality studies of the various types of glucosamine are necessary to sort out the benefits (or lack of benefits). For now the bottom line on the science is that glucosamine may or may not help relieve your joint pain.  That said, the consensus of researchers is that trying it will do no harm.

If you or someone you care about is experiencing joint pain and would like to learn more about treatment options, please give us a call or visit the office.