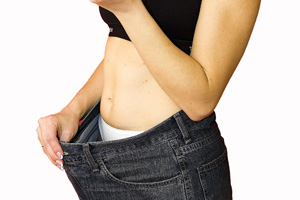 Those who are a bit overweight and are trying to lose a few pounds are generally aware of many of the factors that make it harder to lose weight: the prevalence of high-fat, high-sugar junk foods everywhere we go, inactivity dictated by jobs that keep us at our desk all day, driving as opposed to walking—the list goes on and on. You can add one more item to the list of things that might be contributing to keeping you fat—your home’s central heating system.

Yes, as odd as it sounds, a couple of recent studies have suggested that lack of exposure to cold or chilly temperatures may be contributing to keeping us fat. Most of us spend 90% of our time indoors, which means during the winter we are in homes and offices that are heated to temperatures between 65 and 75 degrees Fahrenheit, with the nationwide average being about 72 degrees. In contrast to previous eras, “central heating” also means that we tend to keep all rooms in the house at the same temperature, which reduces exposure to what researchers call “ambient temperatures.” We tend to feel temperature differences only when we go outside.

Researchers in Britain and the Netherlands began to wonder about the long-term effects of this, because our bodies have built-in mechanisms to normalize temperature when it gets cold, which are no longer being used. When our bodies are exposed to cold, we shiver—this is the body’s mechanism for warming itself up and shivering expends calories. Even when it isn’t cold enough to actually shiver—for example in rooms heated to 60 degrees—our bodies generate more heat internally via a process called “non-shivering thermogenesis.” This process burns additional calories, but also tends to trick the body into producing more brown fat (technically called brown adipose tissue or BAT). Unlike normal (white) fat, which stores energy and calories, brown fat acts more like an internal furnace, consuming calories to expend warming energy. The mechanism that triggers brown fat into doing this is—yes, you guessed it —cold.

These were the theoretical ideas that researchers in Britain and the Netherlands used when designing their studies. They suspected that people who are more exposed to ambient temperatures—and in particular colder rooms—might burn more calories and thus lose more weight. The first paper suggesting this was published in 2011 in the journal Obesity Reviews, and found that the time we spend in well-heated buildings did indeed seem to affect the level of brown fat we carry. As study author Fiona Johnson said with regard to brown fat, “It’s kind of ‘use it or lose it.’ If you’re not exposed to cold, you’re going to lose your brown fat, and your ability to burn energy will be affected. But you can get it back.” When Dr. Johnson exposed people to 60-degree rooms, their energy expenditures increased by 100-200 calories a day.

Similar findings were reported in a Dutch study conducted at Maastricht University and recently published in Trends in Endocrinology & Metabolism. The experiments confirmed that people exposed to 60-degree rooms for two hours a day began to exhibit non-shivering thermogenesis, in many cases burning as much as 30% more calories than people in warmer rooms. Study author Wouter van Marken Lichtenbelt says about the study: “We do have clear evidence that cold adaptation increases energy expenditure. There is no doubt in this respect.” More long-term studies are needed to validate this effect, of course, especially research involving subjects who are actively dieting and trying to lose weight. Thus far, early indications are that if you are trying to diet, turning down the temperature in a couple of rooms of your house and spending a few hours a day in them might help.