Dieting in the U.S.—A Statistical Snapshot of What Works and What Doesn’t 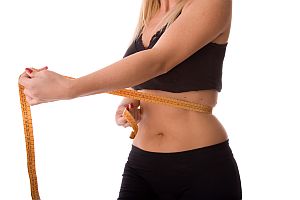 If there is one thing that Americans are obsessed with, it’s dieting. Just turn on any television and you are bombarded with ads for weight loss drinks, programs and foods that are guaranteed to have you looking slim and trim in a matter of weeks. But given the enormous amount of money spent on the quest for a smaller waistline (upwards of $69 billion each year), the growing obesity epidemic suggests that diets generally do not generally work.
Following are a few facts about dieting in the US:

Dieting is actually unhealthy. Studies have shown that repeatedly gaining and losing weight causes damage to the immune system and increases rates of cardiovascular disease, diabetes and stroke. This is not to say that there is nothing you can do to lose weight, but it’s important to find a way of eating that does not involve dieting.

What does seem to work, according to the most recent research, is changing what we eat. In contrast to what we have heard for years, a calorie is not just a calorie. One calorie of sugar is not metabolized by the body in the same way as one calorie of broccoli. The first raises insulin levels, causing that calorie to be stored as fat, and the second does not, so it gets used as immediate energy, along with providing important vitamins, minerals and antioxidants.

A 2012 study published in the Journal of the American Medical Association compared the effects of three different types of diet consisting of the same number of calories: a standard low-fat diet (60% carbs, 20% protein, 20% fat), an ultra-low-carb (Atkins) diet (10% carbs, 30% protein, 60% fat) and a low-glycemic diet (40% carbs, 20% protein, 40% fat). The low-fat dieters fared worst. The Atkins dieters burned 350 more calories per day than the low-fat dieters, and those following the low-glycemic diet burned 150 more calories per day than their low-fat diet counterparts. However, the Atkins type diet causes inflammation and raises cortisol, which can damage the heart, so your best bet is to follow a diet consisting mostly of low-glycemic foods.

Although the percentage of carbs in the low-glycemic diet were just slightly less than those in the low-fat diet, those carbs consisted of vegetables, fruit, legumes and minimally processed grains, whereas the low-fat diet included processed foods. Processed foods have had many of the compounds removed (such as fiber) that slow the release of sugar into the blood. A diet consisting of whole foods, minimally processed grains and moderate amounts of fat is still delicious, and you won’t have to feel that you are starving yourself. Over time you will find that you are slowly losing weight, and in a way that is healthy and more likely to become permanent.