Is There a Cure for Food Allergies? 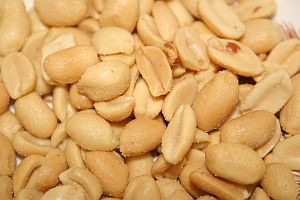 Food allergies present a serious and frustrating health problem. At present, medical science knows of no “cure” for food allergies, and there are few effective treatments. However, the problem is so widespread (food allergies affect over 15 million Americans, including 1 in 13 children under 18) and so potentially dangerous (serious food allergies can be fatal) that many groups within the healthcare community are working to find solutions.

First, having a food allergy—or being the parent of a child with a serious food allergy—can be a frightening situation. Minor symptoms of a food allergy include itching in the mouth, swelling of the lips, and gastrointestinal problems such as cramps, diarrhea, vomiting, and pain. In more serious cases—such as an allergy to peanuts—the symptoms can escalate to the formation of hives and rashes on the skin, the swelling of the throat leading to an inability to breathe, a significant drop in blood pressure, and even death. Some children with peanut allergies have a level of sensitivity to the allergen so acute that merely touching another child who has eaten peanuts can trigger an attack.

Most treatments available today focus on alleviating or preventing the symptoms, especially the life-threatening ones. The only truly effective prevention involves completely avoiding any contact with the foods that trigger the allergic reaction. But this doesn’t always work, so some people with serious food allergies carry an auto-injector containing epinephrine (adrenaline) with them at all times, in case of an attack. Antihistamines have also been used—and proven effective—in treating mild to moderate allergic reactions. These work by blocking the effects of histamine, the protein that causes an allergic reaction.

Because this condition affects so many adults and children, a great deal of research is being conducted on food allergy prevention and treatment. Some of it is promising, such as the work of Kari Nadeau, Associate Professor of Allergies and Immunology at Stanford University School of Medicine. Her studies involve trials of a treatment called oral immunotherapy, which she hopes will desensitize children with severe peanut allergies. She gives the children very small doses of peanuts each day under tightly controlled conditions, gradually escalating the amounts over a course of years. Some of the subjects have, in fact, developed a tolerance to the food, and for them it is no longer dangerous. However, Nadeau points out that this treatment is still experimental and that it doesn’t provide a cure per se—the patients have merely become desensitized to the allergen. Its success—if it is eventually approved by the FDA as a form of treatment—will likely involve patients having to take “maintenance doses” of the allergen every day—otherwise the sensitivity may return.

Those who favor “food as medicine” suggest other treatments such as elimination diets to cleanse or detoxify the digestive system and enzyme therapies. Proponents favor drinking lots of water to keep the body hydrated and eating certain foods that suppress histamines (thus acting as natural antihistamines). Although there are anecdotal stories of success with these types of approaches, they haven’t yet been evaluated in formal, large-scale research studies.

The same is true for “laser treatment” of food allergies. The theory behind such treatments is that the application of a low-power laser light to various pressure points stimulates the immune and nervous systems, allowing the body to develop a resistance to allergens. Again, although there has been anecdotal evidence that such treatments can be effective, there is little scientific data so far to confirm this. The practice itself is controversial. In at least one state, a bill has been presented in the state legislature to prevent medical practitioners from using it.

So the unfortunate answer to the question “Is there a cure for food allergies?” is “No.” For the time being, there is no scientifically proven cure that is generally recognized as effective within the healthcare community. However, a great deal of work is being done to understand food allergies more completely and to provide patients with effective treatment options. Until these options are tested and widely available, the best general advice is to avoid the foods you’re allergic to.