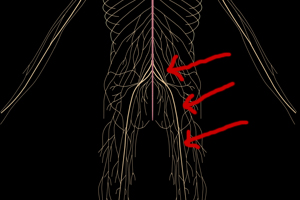 If you suffer from the painful effects of rheumatoid arthritis (RA), you may want to consider taking up yoga as a gentle form of exercise. Though it is common for pain to keep people with arthritis from being physically active, studies have shown that those who practice yoga have measurably less pain from rheumatoid arthritis and other chronic pain conditions such as fibromyalgia, in addition to reporting a better overall quality of life.

A study conducted in the United Arab Emirates recruited 47 patients from a rheumatoid arthritis center, 26 of which were assigned to the yoga group, with the other 21 people as the control group. Yoga sessions lasted for one hour twice a week and participants were also given exercises to do at home. After 12 sessions, both groups were analyzed, and the patients in the yoga group were found to have significant improvements in all the rheumatoid arthritis parameters, including a reduction in fatigue and the amount of pain medication needed.

Scott Zashin, MD, clinical assistant professor of internal medicine in rheumatology at the University of Texas Southwestern Medical School in Dallas says, “Some patients may have trouble doing all the things in yoga, but anything that keeps range of motion in the joints will help keep the joints flexible.”

A modified yoga program that was developed to take into account the reduced flexibility and other limitations of those with RA was used in another study on 30 sedentary adults suffering from RA. The participants reported a significant reduction in swelling and joint pain. Part of this effect may be due to a reduction in the inflammation that is one of the key factors in RA pain. Another study conducted on 50 healthy women showed that those who were experienced yoga practitioners had measurably less inflammation in response to stress than those who were new to yoga. Another small study of 16 women found that they reported improvements in balance and had a reduction in pain and depression after taking a yoga class three times a week for 10 weeks.

There are now many different types of yoga classes offered, many of which are specifically geared to those with physical limitations. Check with your health care professional before undertaking any class and speak with the instructor beforehand so he or she is aware of any limitations you may have. Yoga is generally a gentle form of exercise, but if you begin to feel any unusual amount of pain during any of the exercises, stop immediately. The instructor may be able to suggest a modified form of the posture that is still useful, but less painful.

The benefits of yoga are many – even for healthy people – enhancing balance, flexibility and building strength, in addition to helping maintain a sense of peace and improved response in stressful situations. For those with RA, it is definitely worth giving it a try.