Close Up on Knee Replacement Surgery: What’s Behind the Trend? 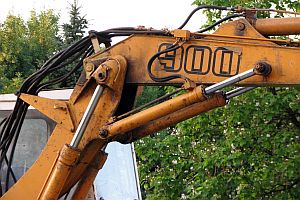 More women than men undergo knee replacement surgery, and the incidence of surgery rises as age increases. As the population ages, there are more people with conditions that affect their mobility, such as rheumatoid arthritis and osteoarthritis. The average age of patients undergoing knee replacement surgery is currently 68, two years younger than it was during the previous decade. However, this surgery is becoming far more common in patients less than 50 years of age.

The increase in the rate of total knee replacement comes at the same time that Medicare is paying less for the procedure than it used to. Medicare used to pay for 72% of the treatment cost, and now pays only 61%. In addition, the length of hospital stay has been reduced to 3.9 days from 8.4 days. Nevertheless, improvements in surgical techniques and the quality of the artificial joint mean that surgeries are more successful and last longer.

The obesity epidemic is one of the factors contributing to increased wear and tear on the joints, particularly the hips and knees. Our joints were not meant to support great increases in weight. This causes the cartilage that cushions the knee joints to wear down so much that the end of the tibia and femur rub together since there is no longer a protective layer between them.

The current issue, according to the American Academy of Orthopedic Surgeons (AAOS), is that as the demand for total knee replacement surgery increases over the next 25 years, there may not be sufficient resources to meet the need. Dr. Steven M. Kurtz, research associate professor at the School of Biomedical Engineering at Drexel University in Philadelphia, believes this could potentially be a major problem. “If the massive expected demand for total joint replacement is not planned for before 2030, patients may end up waiting a long time for a new hip or knee,” Kurtz says.

Not only will more orthopedic surgeons need to be trained, but the costs will somehow need to be addressed as well. “We’re on a collision course between the demands placed by the Medicare population for services – joint replacement being a major one – and the ability of our society to pay for them,” according to Dr. Joshua J. Jacobs, associate chairman and professor of orthopedic surgery at Chicago’s Rush University Medical Center.

Nevertheless, total knee replacement surgery has allowed millions of people to be active once again, when previously they would have had to be confined to a wheelchair. Kurtz added, “There are few procedures that return as much quality of life as joint replacement.”

At the same time that knee replacement surgery offers new mobility to those whose joints have been compromised, it’s important to understand that there are things you can do today to make sure your own knees stay healthy over the long haul.  If you’d like to find out more, please call or visit our office!