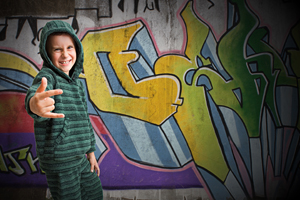 Yet another reason to trade city life for country living can be seen in the results of a recent study published in the journal Clinical Pediatrics. Researchers found that children who lived in cities had a higher rate of food allergies than children who lived in rural areas. Allergies to shellfish and peanuts were particularly high, with city children suffering from those allergies twice as often as country kids.

The severity of food allergies did not differ between the two groups. Almost 40 percent of all children with food allergies had suffered at least one severe, life-threatening reaction already. States whose children have the highest rate of overall food allergies are Nevada, Florida, Georgia, Alaska, New Jersey, Delaware, Maryland and the District of Columbia.

The lead author of the study, Dr. Ruchi Gupta, assistant professor of pediatrics at Northwestern University’s Feinberg School of Medicine and a physician at the Ann & Robert H. Lurie Children’s Hospital of Chicago, said “This shows that environment has an impact on developing food allergies. Similar trends have been seen for related conditions like asthma. The big question is — what in the environment is triggering them? A better understanding of environmental factors will help us with prevention efforts.”

Living in a rural area where children are more likely to be in closer proximity to dirt and farm animals can come into contact with a wide variety of microbes that they may not have access to in a city environment. A Finnish study found the greater the level of biodiversity in a child’s environment, the lower the prevalence of allergies of all types. They surmised that the wider variety of microbes also include many “friendly” ones that colonize in the body and help fight inflammatory diseases. This is especially important in children who are still developing their immune systems.

So if you live in a city, be sure to get out to the country on a regular basis and let your kids play in the dirt. It’s good for their health!