Circadian Rhythms: What They Mean for Your Health, Happiness and Performance 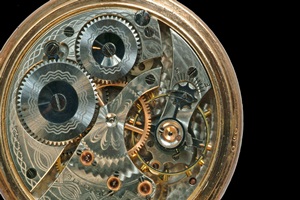 If you want to be in top form for that important meeting with a new client, it’s probably best not to arrange it for 2:00 in the afternoon.  Likewise, training for a marathon is not a good idea first thing in the morning if you want to reduce your risk of injury.

Our circadian rhythm (commonly referred to as our body clock) plays a large part in how we perform the various tasks that fill our lives from day to day.  While it is nearly impossible for most of us to schedule our obligations such as jobs, childcare, and daily errands to accommodate our body clock, we can still make small changes that will help us be healthier, happier and more productive.

So when is the best time to do certain things?  Here’s a short list:

Work – Different kinds of work each have an optimal time of day.  If you want to be sharp in your analytical thinking, late morning is best, peaking at around 10 am.  Our body temperature is lowest at about 5 am and gradually rises as the morning progresses, along with alertness and cognitive ability.  To jump-start this process, taking a warm shower first thing in the morning can help you become more alert earlier in the day.  Just be sure such tasks are finished by noon, when alertness begins to drop off.

However, if you need to solve a problem, the best time for creative thinking is in the evening when we begin to tire, according to Mareike Wieth, assistant professor of psychological sciences at Michigan’s Albion College and an author of a study published in the journal Thinking and Reasoning.  The study found that when subjects were required to solve problems requiring either analytical thinking or creative thinking, they solved the problems that required creativity far better at the time of day when they were not at their peak.

Naps – Many cultures in Europe have followed the tradition of the afternoon “siesta” for centuries, and for good reason.  We are naturally sleepy around 2 pm, so if you are able to take a nap around that time, it could help you be more alert for the rest of the day.  Studies have shown that a one-hour nap can boost alertness for the following 10 hours.  And a study performed on pilots found that a nap of about half an hour boosted performance by 34% and enhanced general alertness by 54%.  However, try to keep naps to 45 minutes or less, as if you sleep longer than that you may enter into slow-wave sleep, which can leave you feeling groggy and disoriented for up to half an hour after you wake.

Studying – While it may be tempting to study late at night when it seems you have the most time, learning is best accomplished in the morning when cognitive activity is at its peak.  However, reviewing material you have already learned is done best just before going to bed.  Research has shown that sleeping after a task is performed improves recall.

Exercise – Physical performance is most enhanced and the risk of injury minimized between 3:00 pm and 6:00 pm each day.  In addition, the lungs perform at 17.6% greater efficiency at 5:00 pm and muscle strength is 6% higher between 2:00 pm and 6:00 pm than at other times of day.

Eating – If you would like to ensure you do not become obese, try limiting your eating times to when you are most alert and active.  In a study involving two groups of mice who were all given the same diet and amount of food, researchers found that mice who were allowed to eat at all times of day became obese, had contracted diabetes and liver disease, and had cholesterol levels twice as high as mice who only ate during an 8-hour period when they were most active.  So it’s best to eat your largest meal at midday and have a light supper early in the evening.