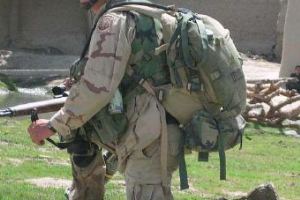 Among veterans, musculoskeletal pain is one of the most common complaints, particularly low back pain (LBP). The number of veterans reporting to the Veteran’s Health Administration (VHA) with low back pain rose an average of 4.8 percent per year between 2000 and 2007, exceeding the rise in rates of diabetes, high blood pressure and depression. A survey of 15,000 veterans from the Persian Gulf War found that 45 percent reported experiencing back pain. Chiropractic services have been added to the care options for veterans, and most chiropractors providing services to veterans within the VHA reported that LBP was the primary complaint.

A study to determine the effectiveness of chiropractic care in treating veterans with LBP was performed on 171 patients who met the inclusion criteria. The average veteran was male, obese and suffering from chronic LBP (for over 6 months, on average).  Most participants also presented with other physical and psychological issues. Post-Traumatic Stress Disorder (PTSD) is common in the veteran population and has been shown to contribute to chronic pain.

Veterans in the study received treatment from a chiropractor in the western New York area after being referred by their primary care physician. The number of treatments given to each case during the course of the study ranged from 2 to 26, with 8.7 being the mean number of treatments per person. Treatments were performed twice a week on average, and the patient was assessed after every four treatments.

Chiropractors used a range of treatment modalities on the subjects, including standard adjustments, spinal mobilization and flexion distraction. Patients were also instructed on how to perform therapeutic exercises and do stretches that were tailored to their specific condition.

Pain severity was measured by the Numeric Rating Scale (NRS), which is a verbal rating by the patient on the severity of pain using a scale ranging from 0 to 10 at the time treatment is undertaken. The Back Bournemouth Questionnaire (BBQ) is a biopsychosocial measurement of low back pain symptoms consisting of 7 questions that measure pain, disability, and the affective and cognitive-behavioral aspects of musculoskeletal problems. Scores on the BBQ range from 0 to 70, with higher numbers indicating a higher severity of symptoms.

After only two chiropractic treatments, 60 percent of veterans showed a significant improvement of 37.4 points on the NRS and 34.6 points on the BBQ measurements. The researchers concluded that, “Despite high levels of service-connected disability and comorbidity, veterans’ chiropractic clinical outcomes in terms of mean percentage improvement from baseline to discharge for both NRS and BBQ were statistically significant and clinically meaningful. This study adds to the understanding of chiropractic clinical outcomes for veterans with LBP and contributes to a foundation for further research.”