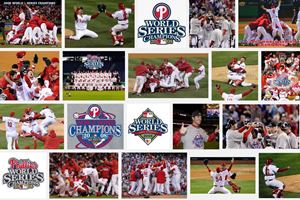 When it comes to helping elite athletes prevent and recover from injuries—as well as achieve peak performance—chiropractic care can offer many advantages. That’s why large numbers of professional and college sports teams throughout the U.S. have turned to chiropractors over the past decade. The Philadelphia Phillies is one such team, and Dr. Michael Tancredi is one such chiropractor. As a Doctor of Chiropractic, a Certified Chiropractic Sports Physician, an Active Release Technique Instructor and Practitioner, and a certified athletic trainer, Dr. Tancredi clearly understands the valuable role that chiropractic care can play in keeping teams healthy and performing at their best.

By almost any measure, Dr. Tancredi has had a long and successful career in sports medicine. He has worked extensively with the Philadelphia Eagles, Philadelphia Phillies, and Villanova University. While Dr. Tancredi has accomplished a great deal in his professional life (and he continues to work with patients through his practice in Broomall, Pennsylvania), he is perhaps best known as the chiropractor who went all the way to the 2008 World Series as a consultant with the Philadelphia Phillies. From 2008 through 2010, he was a chiropractor and Active Release Technique provider for the team.

Cole Hamels, a member of the 2008 Phillies team, has been very vocal about the difference chiropractic care has made for him. “Being introduced to chiropractic care has definitely helped my game. When you add it with a lot of the physical therapy exercises and the in-game exercises, I think it just prevents a lot of injury. I went through a lot of injury in my career, and the first time I actually was introduced to chiropractic care, it pretty much kept me on the field. It’s something that helps me feel much better when I’m on the field and off the field.”

As a pitcher, Hamels is particularly aware of the complex biomechanics involved in throwing a baseball, and recognizes how the larger muscle groups—not just the shoulder and elbow—must work together to perform well. “Your body starts from the ground up, and in order to pitch, you have to use everything. You have to have a good back in order to get the good torque. Most of your power comes from your core.”

It’s a challenge staying healthy through a 162-game regular season, and players at the elite major-league level do what they can to avoid injuries. Hamels recalls how chiropractic care became popular among his teammates and coaches. “It’s another way to help us get out on the field… We’ve seen more and more players start to go in to get adjustments, to get the ART. And I think that’s good for our whole team because you want them to be able to go out on the field every day because we’re very good at what we do, but you’re not going to help the team out when you’re not playing.”

In a brief interview published in ACA Today, Dr. Tancredi described his own experience with the Phillies and explained why chiropractic care is such a good fit for professional baseball. “It was a dream job and a dream season. The whole sports medicine staff was phenomenal. They were all really open to the benefits of chiropractic care. Athletes at this level rarely have an acute injury. However, a little hamstring pull can turn into a major problem when they have no time off. Baseball’s schedule is grueling in that the players are on the field 28 out of 30 days a month, so we have to do what we can to help them heal while keeping in mind the long-term consequences. Chiropractic has cut the injury rate; the players love it, the athletic trainers see how effective it is and the orthopedic surgeon is totally open to my suggestions—it’s a win-win situation.”

Whether you’re playing professionally or at an amateur level, baseball puts unique demands on the body’s musculoskeletal system, from asymmetrical movements (throwing and hitting) and extreme acceleration and deceleration to sudden impacts. Take it from the Phillies and Dr. Michael Tancredi, chiropractic care can help players stay healthy and perform at their best.