Celiac Disease Versus a Wheat Allergy: What’s the Difference? 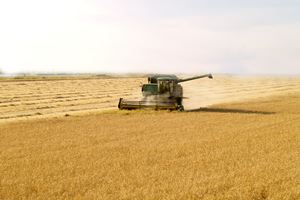 Celiac disease is an autoimmune disorder of the small intestine caused by a rare genetic sensitivity to a gluten protein, called “gliadin”, a prolamin found in wheat and other common grains, like barley and rye. In people suffering from celiac disease, the immune system generates an inflammatory reaction that shortens the villi in the small intestine that are responsible for the absorption of nutrients. This is why celiac patients frequently suffer from vitamin deficiencies. Other symptoms may include digestive discomfort and pain, chronic constipation, diarrhea, anemia and fatigue.

The term “wheat allergy” is far less specific, and may apply to 27 known allergens that can generate reactions when eaten, or in some cases, when touched. Among gluten allergens, gliadin is associated with the most severe disease. Other allergens include glutenin, amylase/trypsin inhibitors (serpins), lipid transfer protein, albumin, globulin and wheat pollen.

Dr. David Perlmutter is a leading neurologist who believes modern medicine spends too much time treating symptoms instead of causes. He said, “When we take our pets to the veterinarian, the first question we’re always asked is what sort of diet we’ve been keeping him/her on. However, when we go to see our own physicians, rarely, if ever, are we asked what sort of food we’re eating to fuel our body!”

Dr. Perlmutter pointed out that many doctors unfortunately believe that non-celiac patients should be able to eat as much bread and pasta as they want. Though celiac disease remains relatively rare, he feels that as many as 30–40% of people are adversely affected by excessive gluten intake. Perlmutter said, “According to Dr. Alessio Fasano [world-renowned celiac researcher], now at Massachusetts General Hospital, we all react to gluten…. [We] create something called zonulin in the intestine as a response to consuming gluten. This protein is found in wheat, barley and rye,… opening up the cells of the gut, making the gut actually more permeable, allowing proteins to get into the bloodstream that then sensitize the immune system, leading to things like increased inflammation and autoimmunity.”

He went onto say that gluten may contribute to diseases like Alzheimer’s. The dietary reduction of gluten has been shown to result in growth of the hippocampus (the memory part of the brain) and increased memory function in tests, reversing brain tissue atrophy. This suggests that the damage caused by gluten consumption may be far greater than previously thought.