Can Dietary Choices Help the Spinal Cord Heal Itself? 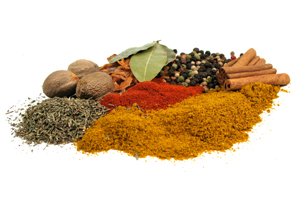 Degenerative damage to the spinal cord due to aging can cause serious problems over time, particularly cervical myelopathy, a disease of the spinal cord that is often a result of rheumatoid arthritis or osteoporosis. This condition can cause serious neurological disability such as difficulty walking, pain in the arm and neck, numbness in the hands and overall weakness in the limbs. Though nerve damage has been difficult to treat until now, scientists at UCLA have discovered that a diet supplemented with docosahexaenoic acid (DHA) and turmeric may help maintain neurological functioning and repair damaged nerve cells.

DHA is one of the omega-3 fatty acids, which has been shown to help repair cell membrane damage and reduce inflammation. Curcumin, commonly known as turmeric, is a powerful antioxidant that repairs damage to cells from free radicals and also acts as an anti-inflammatory.

The study, published in the Journal of Neurosurgery: Spine, was conducted on three sets of rats; the first set was fed rat chow that mirrored a typical Western diet, high in sugar and saturated fat; the second group received a diet enriched with DHA and curcumin; and a third group was fed standard rat chow as a control. Researchers created a surgical simulation of cervical myelopathy in the first two groups of rats to test their hypothesis.

Researchers monitored the rats’ walking behavior throughout the six weeks of the study and compared how they moved before and after the experiment. The rats fed the Western diet showed significant gait problems three weeks into the study, which continued to worsen throughout the research period. The rats fed a diet supplemented with DHA and curcumin performed significantly better than the first group, with no deterioration in gait shown post-surgery.

The researchers also examined the spines of the rats to determine the level of damage on a cellular level and found that the rats fed the Western diet had high levels of markers that indicate damage to the cell membrane and had lower levels of the marker linked with cellular communication and neural repair, whereas the rats fed the supplemented diet showed markers that were comparable to the control group.

According to Fernando Gomez-Pinilla, a professor of neurosurgery and co-author of the study, “DHA and curcumin appear to invoke several molecular mechanisms that preserved neurological function in the rats. This is an exciting first step toward understanding the role that diet plays in protecting the body from degenerative disease.”

Dr. Langston Holly, one of the other co-authors of the study and associate professor of neurosurgery at the David Geffen School of Medicine at UCLA noted, “Our findings suggest that diet can help minimize disease-related changes and repair damage to the spinal cord. We next want to look at other mechanisms involved in the cascade of events leading up to chronic spinal-cord injury. Our goal is to identify which stages will respond best to medical intervention and identify effective steps for slowing the disease process.”