Broad-Spectrum Versus Narrow-Spectrum Antibiotics: What You Should Know 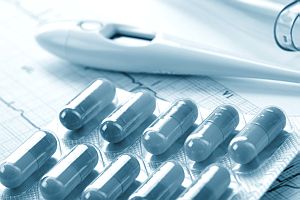 The term “antibiotics” refers to any substance that kills microbes of any kind, including anti-fungals and antibacterials. In common usage, though, antibiotics is used synonymously with antibacterials. As the name suggests, “broad-spectrum” antibiotics attack a broad range of bacteria. They are very powerful, very flexible drugs that can used to treat bacterial infections when the infecting bacterium has not yet been identified or remains unknown.

Ampicillin is one widely used broad-spectrum antibiotic. It can destroy both Gram-negative and Gram-positive bacteria. The “Gram” terms refer to different types of stain that make bacteria visible to researchers and clinicians, with pink stains for Gram-negative, and dark blue stains for Gram-positive. This divides bacteria into two groups based on the biochemical makeup of their cell membranes.

Unfortunately, the same characteristics that make broad-spectrum antibiotics so useful also have their drawbacks. In particular, broad spectrum antibiotics attack both the disease-causing kind of bacteria (the “bad bugs”) and the helpful flora that normally inhabit the body (the “good bugs”). At the same time, there is very serious concern in the medical community that over-prescription of broad-spectrum antibiotics is leading to more drug-resistant bacteria. These bacteria, in turn, can cause potentially deadly illnesses that can no longer be successfully treated with the medicines we’ve come to rely on.

Narrow-spectrum antibiotics, on the other hand, attack a specific bacterium. Using this type of medicine can prevent the treatment from causing widespread collateral damage to the body’s good bacteria. Narrow-spectrum antibiotics are also less likely to encourage superinfection (where a different type of resistant bacterium re-infects the patient being treated) or to produce “super-bugs” that are resistant to our most powerful drugs. However, one disadvantage of narrow-spectrum antibiotics is that the identity of the bacterium needs to be known in advance. This becomes particularly problematic when more than one bacterium may be involved in an infection. In this situation, choosing the wrong drug can result in the patient’s condition worsening.

There is still a great deal we do not know about the helpful microbes that typically live in our bodies. Dr. George Weinstock of Washington University, St. Louis, Missouri, has been researching the microbiome—the communities of microorganisms normally found in each human. He said, “We have over 10 times more microbes than human cells in our bodies.” One key benefit we receive from these microbes is from their ability to break down complex plant molecules during digestion. “We have a pathetic number of enzymes encoded in the human genome, whereas microbes have a large arsenal,” said Dr. Jeffrey Gordon, also of Washington University.

Our helpful flora also protect us from harm. For example, microbes in the nose create antibiotics that can destroy many harmful pathogens that we may inhale. When someone is missing vital members of the human microbiome, bad things can happen.