Back or Neck Pain? Chiropractic Can Help! 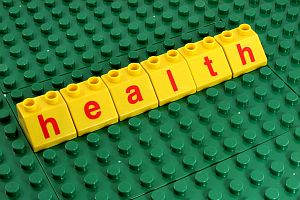 When it comes to chronic back or neck pain, anyone who has looked for help knows that traditional healthcare providers often have few treatment options to offer other than rest, medication or surgery. Given the limitations, risks and costs of these approaches, it’s not surprising that many people who suffer from chronic neck or back pain look to “alternative” therapies for relief.

How many do this? According to Consumer Reports, which recently published the results of a survey conducted among 45,601 subscribers, three out of four used some form of alternative therapy to treat their general health problems. During the course of the survey, over 38 million Americans made more than 300 million visits to chiropractors, massage therapists, acupuncturists, and other practitioners of complementary and alternative medicine. Naturally—when confronted with these kinds of very large numbers—the editors and statisticians at Consumer Reports wanted to know how things worked out for these patients. More specifically, they wanted to know which therapies were most helpful.

The first thing that stands out about the Consumer Reports results is that not all alternative therapy options are created equal when it comes to treating the 12 common health problems the publisher asked about. In some cases, patients were actually more satisfied with traditional approaches (including prescription medication).

But for a number of the most common health problems—back pain, neck pain, and osteoarthritis—”hands-on” treatments such as those provided by chiropractors and practitioners of deep-tissue massage were rated very highly by the respondents, and in two cases (back pain and neck pain) provided significantly more relief than prescription medications.

In terms of back pain treatments, Consumer Reports says that “Chiropractic outperformed all other back-pain treatments,” whereas prescription medication rated about the same as deep-tissue massage, yoga, and Pilates. Of the 36% of respondents who had sought chiropractic help for their back pain, 65% reported that it “helped a lot.” In this category, more people with back pain sought help from chiropractors than medical doctors, and more felt that they benefited from it.

For neck pain, the results are similar, with over 6 out of 10 (64%) study participants who tried it saying that chiropractic “helped a lot” in relieving their pain. Prescription medications, often the only treatment provided by medical doctors, ranked fourth in the “tried it” ratings, and earned a much lower 49% satisfaction score.

Osteoarthritis turned out to be the condition that survey participants were most likely to treat using a combination of mainstream and alternative therapies, possibly because the only treatments commonly recommended by medical doctors were prescription and over-the-counter medications. Chiropractic care and prescription medication were rated very similarly in terms of patient satisfaction (46% reporting a “helped a lot” rating), whereas over-the-counter medications were rated at 29%. This finding reinforces a recent study in the Journal of Manipulative and Physiological Therapeutics that concluded that chiropractic treatment of neck arthritis was more effective than any of the other treatment methodologies they tested, and provided both physical (improvements in range of motion) and psychological (lowered sensitivity to pain) benefits to the patients in the study.

So the results seem clear. If you or someone you care about is experiencing common health problems, your chiropractor can help. And this is especially true when it comes to the most common musculoskeletal issues—back pain, neck pain, and osteoarthritis. You might find, as did many thousands of Consumer Reports subscribers, that you’ll be very happy with the results!