Are We Kidding Ourselves When it Comes to Our Health? 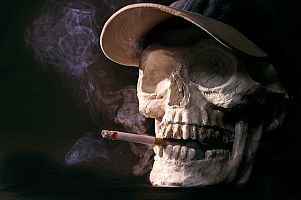 Almost all adults are aware that healthy habits such as eating right, getting regular exercise, getting sufficient sleep and reducing stress are the keys to reducing the risk of disease. However, there’s plenty of evidence that large numbers of people lie to themselves and to their health care practitioner about how healthy a lifestyle they actually have. These little white lifestyle lies may not seem to be particularly importance, but lying to your doctor can actually cause more harm to your health than you may realize.

The problem is that many people are too embarrassed to admit to their doctor that they do things like eat a fast food diet, smoke, use recreational drugs, overindulge in alcohol and practice risky sexual behaviors. And many just want to avoid the sort of nagging conversations that they believe will happen when their physician learns about these behaviors. Janie Hoffman, who lied to her doctor about quitting smoking (and who has since quit) said, “I’m not stupid and everyone knows that smoking is bad, but who wants to hear a lecture?” Almost half of the people surveyed in a WebMD study admitted that they either lied or stretched the truth when speaking with their doctor. And this is only the number of people that admit it.

Omitting information, either intentionally or not, can cause problems. Even something as seemingly innocent as not telling your doctor about a supplement you are taking can lead to serious consequences. A study published in the Journal of the American Medical Association found that approximately 1 in 25 people were at risk of potentially harmful drug interactions due to mixing prescription drugs with over-the-counter remedies. Many people don’t think that taking an aspirin or a dietary supplement such as gingko biloba in combination with their prescription could cause any problems, but—in some cases—the harmful effects can range from mild to life-threatening.

If you don’t give your doctor accurate information, you may end up with a prescription that is wrong for you, which can cause even more health problems. For instance, if you tell your doctor that you are taking your blood pressure medications as prescribed when you aren’t, and you still have high blood pressure, he or she is likely to increase the dose or change it in a way that makes the situation worse. Likewise, if you say you are dieting and exercising when in fact you spend your days sitting in front of the TV with a box of donuts, your doctor may call for unnecessary tests to figure out why you’re not losing any weight.

Doctors and their patients also do not see eye to eye on the actual state of their health and lifestyle habits. About a third of Americans give themselves an “A” grade on factors such as eating right, exercising, getting a good night’s sleep and avoiding stress, while over 90% of their physicians give them a “C” grade on the same factors.

It’s important to remember that your doctor does not ask questions about your lifestyle to judge you. He or she simply wants to be sure you get the best health care they can provide. Dr. Andrew Carroll from the Renaissance Medical Group in Chandler, AZ, said “I think drinking and drug abuse are the two things that people most often tend not to be honest about.” He continued, “If patients know they’re doing something wrong, they don’t tell us because they don’t want to get a lecture. But we’re not the cops. We’re not going to bust anybody.”