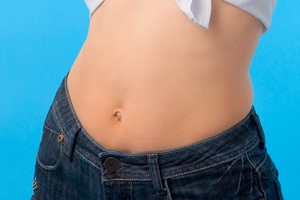 Two American chiropractors have used applied kinesiology (AK) to aid the treatment of 21 patients experiencing urinary incontinence (UI), with considerable success.  Applied Kinesiology is a technique that uses the strength of a particular muscle (often a muscle in the arm) to diagnose problems in certain organs or in other parts of the body.  The practitioner places pressure on whichever of the patient’s muscles that corresponds the particular part of the body being assessed, and the amount of resistance it gives determines if there is a problem in that area.

Urinary incontinence affects 10% of men and 40% of women at some point in their lives, with women being particularly susceptible to UI following childbirth.  Current evidence suggests that weakness in the pelvic floor muscles, which leads to UI, can result from problems in other areas of the pelvis or lumbar spine as well as weakness in the pelvic floor itself.  Chiropractic manipulation may thus be of considerable benefit in correcting these problems with a concomitant improvement in the symptoms of UI.

Chiropractors Scott Cuthbert and Anthony Rossner assessed patients who had UI by using AK muscle testing to determine the presence and location of musculoskeletal disorders in the lumbar or pelvic regions.  The precise nature of the problem was then assessed by physical examination.  Muscle testing was again used to guide chiropractic manipulation treatment. Interventions that improved muscle strength were continued, and those that failed to do so were not pursued.  Patients were seen for up to thirteen treatments, and for no more than six weeks.

All of the patients treated experienced an improvement in UI symptoms, with nearly half (ten out of 21) reporting complete resolution of their condition following treatment.  It is particularly significant that ten of the patients had presented with long-standing symptoms of UI (at least five years, but greater than 40 years in two cases!).   Annual check-ups for at least two years confirmed that these improvements were maintained post-treatment.

In addition to positively demonstrating the benefit of using muscle testing techniques to aid with chiropractic diagnosis, this research is important in showing the relationship between UI symptoms and musculoskeletal weakness in parts of the lower back and pelvis.  A particular observation here was that the restricted breathing noted in many patients due to trauma to the diaphragm (and other muscle groups associated with inhalation such as the rectus abdominus and oblique abdominal muscles) was also found to impact on urinary continence.

This study suggests that combination of AK and chiropractic manipulation of the lower back and pelvis may be very helpful for patients with UI symptoms.  Please call us or visit our office with any questions.