ADHD in the Classroom: What Every Parent (and Teacher) Should Know 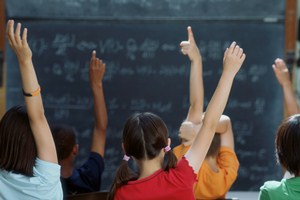 Attention Deficit/Hyperactivity Disorder (ADHD) is classified as a psychiatric or neurological behavioral disorder.  It is characterized by a significant inability to concentrate for more than a very short period of time and/or impulsive behavior and hyperactivity.

The number of school-age children affected by ADHD is difficult to accurately assess, since diagnostic criteria vary.  Furthermore, the normal excitability of creative and energetic children can often be mistaken for a mental health problem by parents or teachers unable to unwilling to cope with it.  However, an estimated 1 in 20 children has ADHD, and it is important to note that approximately 70%-80% of referrals and diagnoses relate to boys.  Whether this is due to a real difference in the occurrence of ADHD or the natural tendency of boys to be louder and more impulsive has yet to be established.

Parents commonly worry about whether their child performs well in school.  The disruptive behavior and lack of attention that characterizes ADHD is clearly going to put an affected child at a disadvantage.  Additionally, if the underlying disorder is not recognized, the child may be blamed and stigmatized for being unable to control his or her behavior by both parents and teachers.  The fact that the diagnosis and treatment of ADHD has been the subject of considerable controversy for several decades has not helped to achieve any kind of clarity regarding the condition.  It is important for both parents and teachers to understand that ADHD is not caused by bad parenting, but is a physical disorder with a biological cause.

So, what are the signs of ADHD that parents and teachers need to look for, and what can be done to manage the condition to minimize its disruptive effect on both the affected pupil and his or her classmates?

The presence of either impulsive behavior or inattention that impedes a child’s ability to learn is a genuine cause for concern.  The type of impulsive behavior and hyperactivity observed in children with ADHD is far more extreme than the usual childhood displays of acting up.  The inability to concentrate is more than just boredom with the task at hand, and an ADHD child suffering from inattention may display many of the following signs:

Discussing these signs with the child (either at home or at school) can help to determine if they feel unable to help themselves and whether ADHD may be the underlying problem.  Teachers may have an advantage here over parents since they are able to compare the behavior and attention span of an ADHD child to what is typical for their classmates.  In contrast, parents without any other reference points may view their child’s behavior and attention span as normal.  In either case, it is important to avoid blame and labeling so that affected children do not feel guilty for behavior and attention lapses that may not actually be their fault.

If ADHD is suspected, then referral to a medical professional is necessary for an accurate diagnosis and to exclude the possibility of other conditions such as Tourette syndrome and learning disabilities.  Approximately two thirds of children with ADHD are also found to have another disorder.  Doctors, psychiatrists and social workers may wish to include visits to the school and home environment in their assessment to see how the child reacts in a range of situations.

Treatment for ADHD may involve strategies for managing behavior for both the child and his or her parents and teachers.  Changes may be made to their learning style and program, and depending on the severity of the condition, medication may be prescribed.  ADHD children have different learning needs and will thrive best if these are met.  These needs may include a structured and regular learning program and an absence of potential distractions.  Pupils with ADHD may need to be seated away from their classmates, with a clear indication that this is being done for their own benefit rather than as a punishment.  Similarly, an ADHD child will work best at home in a calm, uncluttered environment.

As with any learning disability, ADHD is best managed through support of the child rather than using punitive measures to attempt to correct behavior.  Consistency and good communication between parents, teachers and health professionals are also essential for successful treatment.