A Brief History of Physical Education in America’s Schools 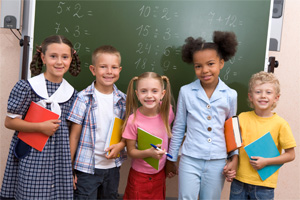 School-based physical education’s history goes all the way back to Greece in 386 B.C. at Plato’s school, named simply Akademia, or “The Academy.” The Greek philosopher well understood the importance of physical fitness. He was, after all, an athlete, particularly skilled as a wrestler. In fact, he is quoted as once saying, “In order for man to succeed in life, God provided him with two means, education and physical activity. Not separately, one for the soul and the other for the body, but for the two together. With these two means, man can attain perfection.”

Of course, American physical education has come a long way since—but we owe our physical education system to Greece and many other countries, from which we’ve derived the system we use now. According to the official United States government website, Fitness.gov, the goal of physical education in American schools is “to develop physically educated individuals who have the knowledge, skills, and confidence to enjoy a lifetime of healthful physical activity.”

After World War I ended, distressing overall health statistics revealed that one-third of all drafted recruits in the U.S military were not physically fit for combat. The government interceded and passed legislation intended to advance the quality of physical education classes throughout the country. During World War II physical education programs became more common for men and women due to the physical fitness that was required in military service and for manual labor jobs.

Following World War II, as a response to an inquiry that concluded that the men rejected from the American military draft during World War II were unfit for service due to childhood malnutrition, the Roosevelt administration introduced the National School Lunch Program, intended to improve the nutrition of American school children.

In 1975, the United States House of Representatives amended the Federal Education Act in order to lift gender discrimination in school physical education programs. This granted girls and women new opportunities to participate and compete in athletic programs in high school and college.

Currently, according to the United States President’s Council on Fitness, Sports & Nutrition, 95% of high schools and 84% of middle schools require physical education. However, only 69% of elementary schools do so. 38 of 50 states now require or encourage districts and schools to follow physical education standards based on the National Standards for Physical Education.